Update November 2021: It's been too long since I've done a proper update. Essentially, major life-changes happened on my end, both good and bad. The good news is, I'm in a place where I've got time to get back to my projects.
I'll be adding them shortly, and am very excited to share them with everyone!
In the meanwhile, here's a peek at Denis Poulin's restored 74 Whisper Jet, more photos coming soon...

Update November 2019: Sorry for the delay, its been a hectic year. I'll be updating my own projects shortly, otherwise, take a look at the Viewers Sleds and the Photos section.
Here's a shot of a couple race sleds out in Ontario, owned by Duane and Darren MacInnes.

Update February 2019: Check out the Viewers Sleds area to see more shots of the one below, some new goodies in the Parts and Advertising Section as well some updates in the Tips section.

Update December 2018: A few new ones in the Viewers Sleds area, I've updated some of my Restorations and some new things in the R&D, Racing & Rare Sleds section.

Update September 2018: More great stuff on the way, check out the Viewers Sleds area, to see more of the collection below.

Update February 2018: An assortment of new sleds in the Viewers Sleds area, including the Presidential SST F/A below.
Scroll down if you've missed any of the other recent updates.

Update November 2017: This is a big update, it's been in the works for a long time, worth the wait...
Several sections have been updated, including: Viewers Sleds, Restorations, Photos, R&D, Racing & Rare Sleds.
Here is a really rare treat for everyone. Jim running his twin engine 650!

Update October 2017: More updates coming soon. Update for the Thunder Jet Registry users, the registry is currently being overhauled and will be down for a little while.
Email me with any requests regarding the registry. Thanks!
More of this sled coming soon... 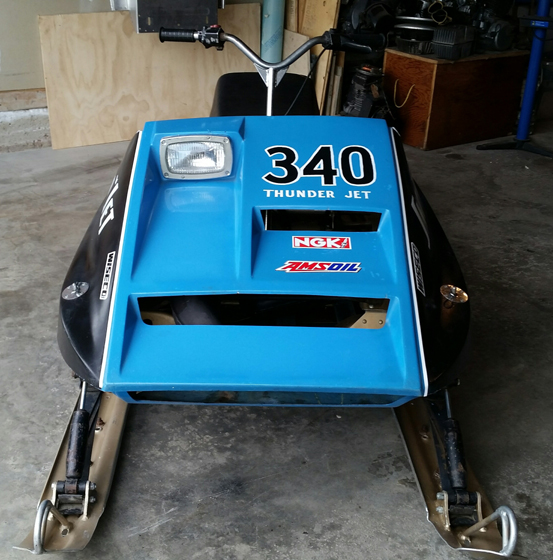 Update April 2017: A few more things on the go, check back soon!
Something that will come in handy with your Sno-Jet project, reproduction tags! Take a look in the Parts and Advertising Section for more info.

Update February 2017: I had a wonderful time at Waconia, take a look at some of my Photos.
Be sure to also check out all the different things available in the Parts and Advertising Section, including the shirt below, plus several other great items... 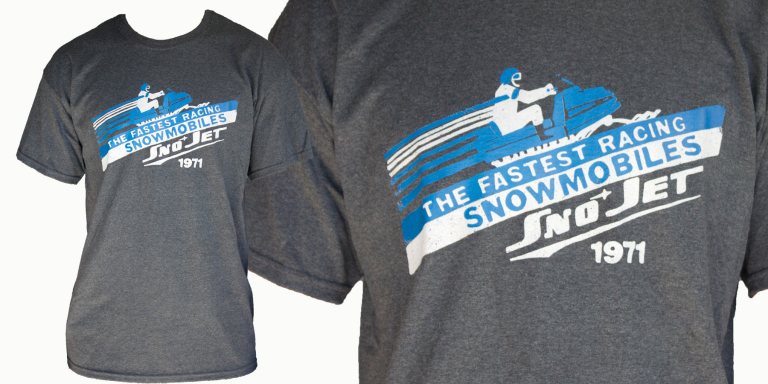 Update January 2017: I've updated a few of my projects, you can see them in the Restorations Section.
There's also a few more additions in the Viewers Sleds Section. Otherwise, I'm headed to Waconia! For more information, go to http://www.mwvss.com/
Here's a peek at the 2017 Make-A-Wish Sno-Jet Build.

Update June 2016: A few new things on the go here, new projects to be exact. More updates to follow. For now, something I'm incredibly excited about, Waconia 2017. See the poster below, I am planning on going and will follow up when we're closer to the date. Its going to be a great event! For more information, go to http://www.mwvss.com/

Update March 2016: More new sleds added to the Viewers Sleds Section.
There's a few other surprises you'll have to do some digging to find, including this fantastic photo of Jim Adema's 650 triple in a 1971 Thunder Jet.
Photo taken by Richard Klein. Thanks Richard, great to see photos like this surface after all these years!

Update January 2016: Hopefully everyone is enjoying some decent snow. Check out a few new things in the Viewers Sleds Section.
Also, don't forget to get a copy of the book True Blue: Remembering Jim Adema by Tom VanDyken.
Click HERE for more information, or go directly to http://snojet.com/trueblue/.

Where did everything else go? It's been archived.