These pictures were taken just outside Regina Saskatchewan. We found a good place to play with the Sno*Jets! 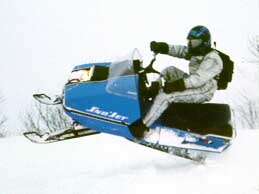 Thats me in the ugly silver suit. My uncle wore that suit when he raced his 1971 Skiroule RTX 440 CCW F/A, anyways I tracked down his old sled and the owner is selling it to me. 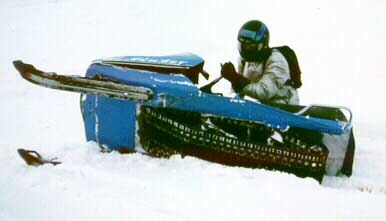 Even the best make mistakes every once in a while 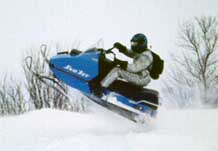 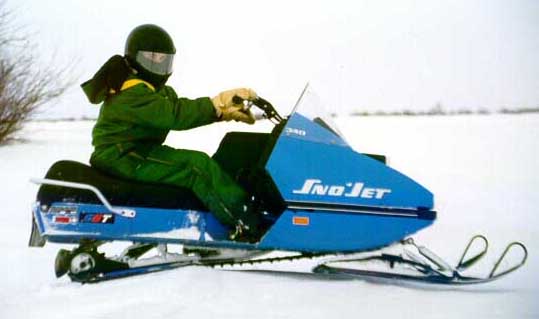 My little brother came out with us this time 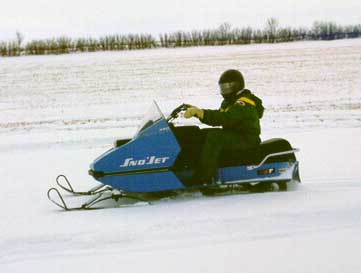 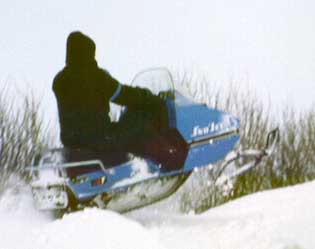 My dad had a good time playing around 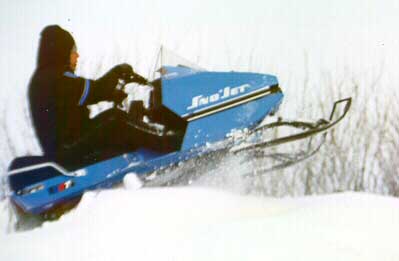 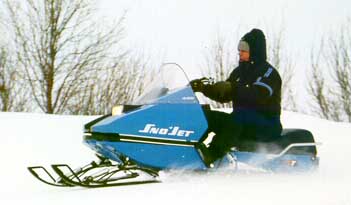 The following pictures were taken February 16th 1999 outside the east side of Regina. 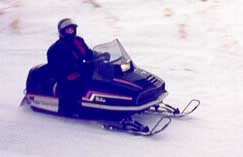 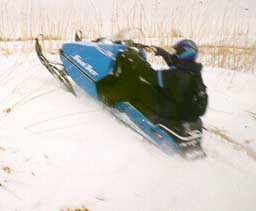 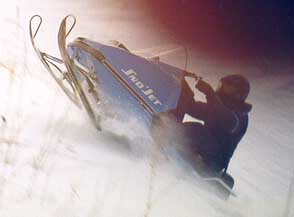 That's Brett's thumb in the picture