All Photos Courtesy of Fritz Krupin. Click on any of the images for a High Quality Full Screen Shot. 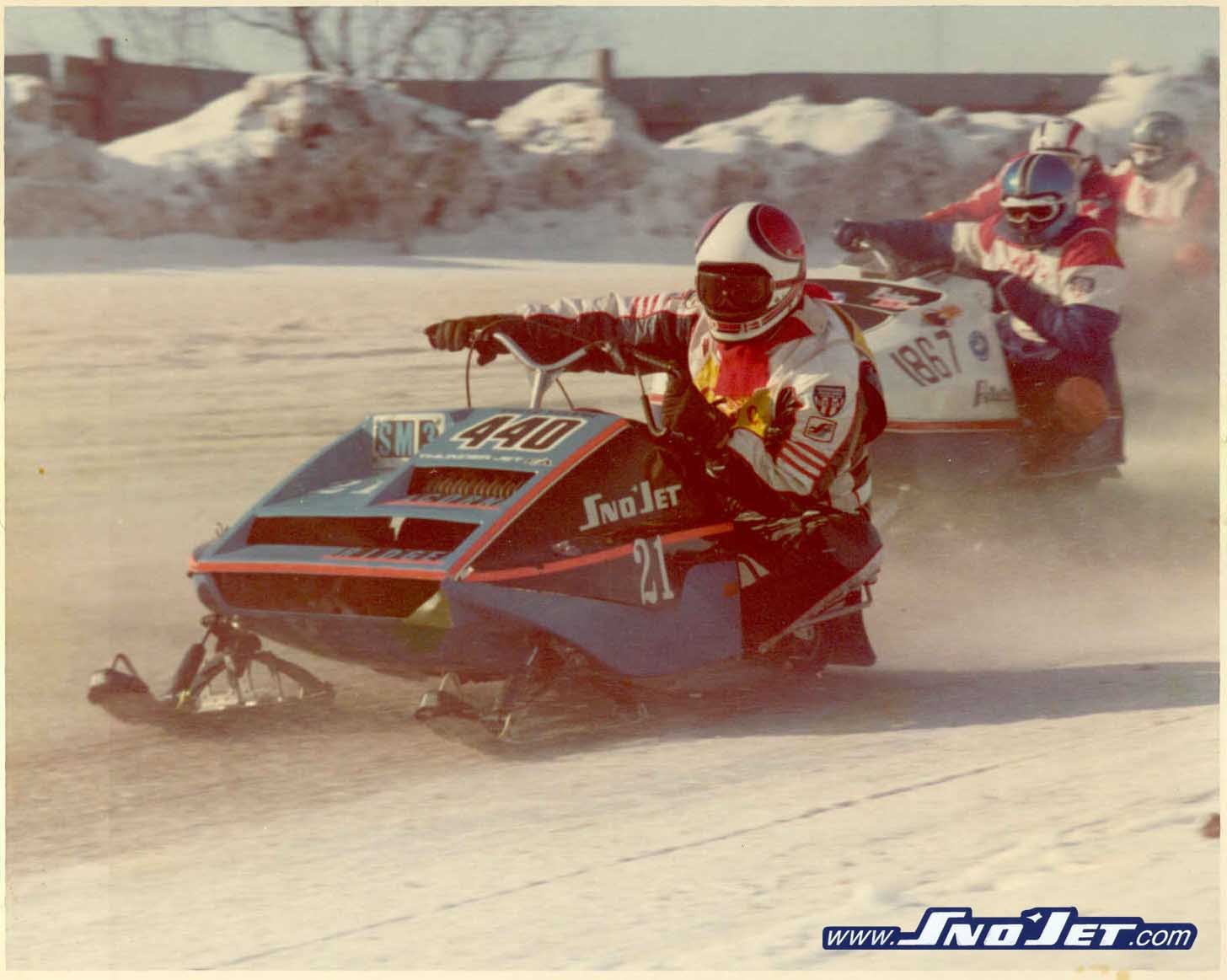 This was some where in Wisconsin. 440 Yamaha with the GYT Kit and pulsed fuel injection, but was later switched to 44mm Mikuni's. The center belt in the track was narrowed(one of Jim's tricks) and ran titanium cleats and everything was drilled for lightening (drive sprockets etc.) Everybody had pretty good power, but it was the clutch adjustment (drive and driven) that was the secret to speed along with the correct slide rail adjustments for a good balance of traction and steering. Arctic Cat clutches were used most of the time because you could grind your own weights with different engagements (shifting points). 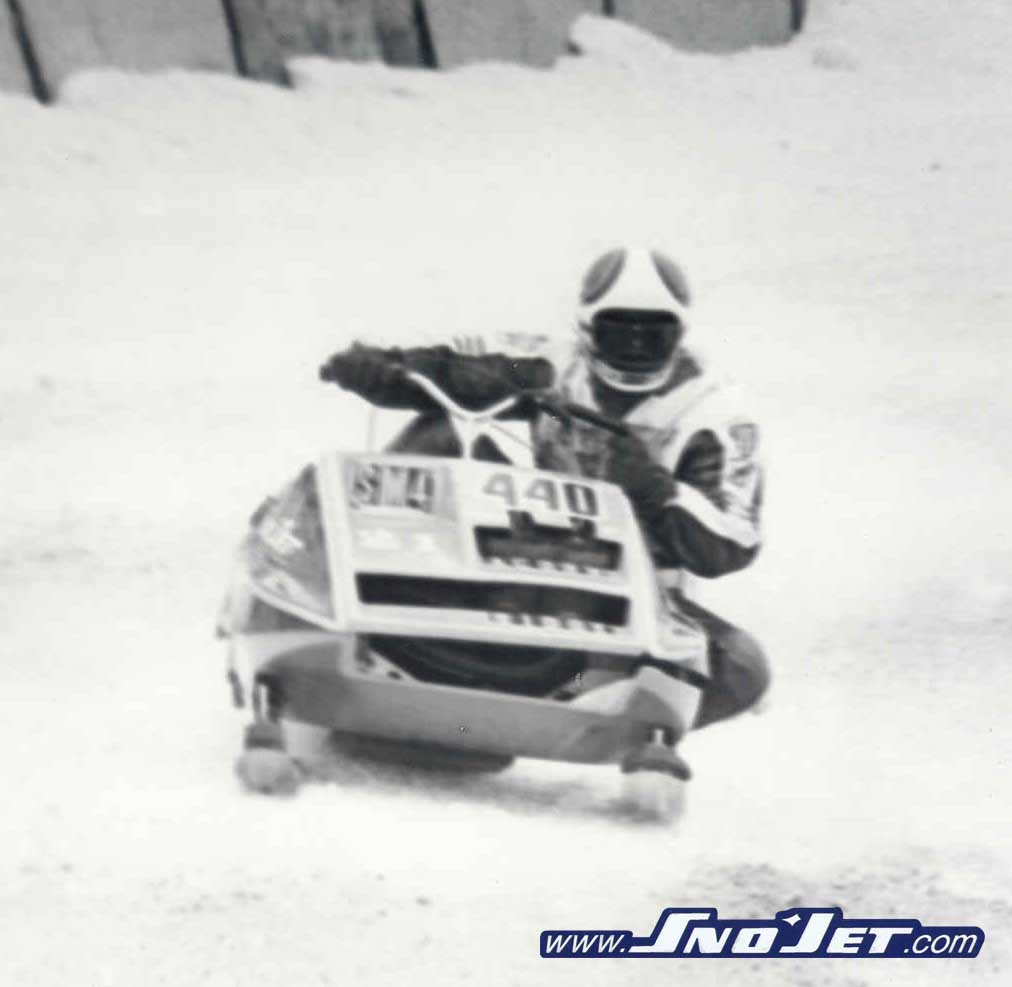 This was Ironwood, Michigan and there was a Yamaha 650 twin in the 440 chassis to run the Mod 4 class. This setup won quite a bit as the engine was highly modified. 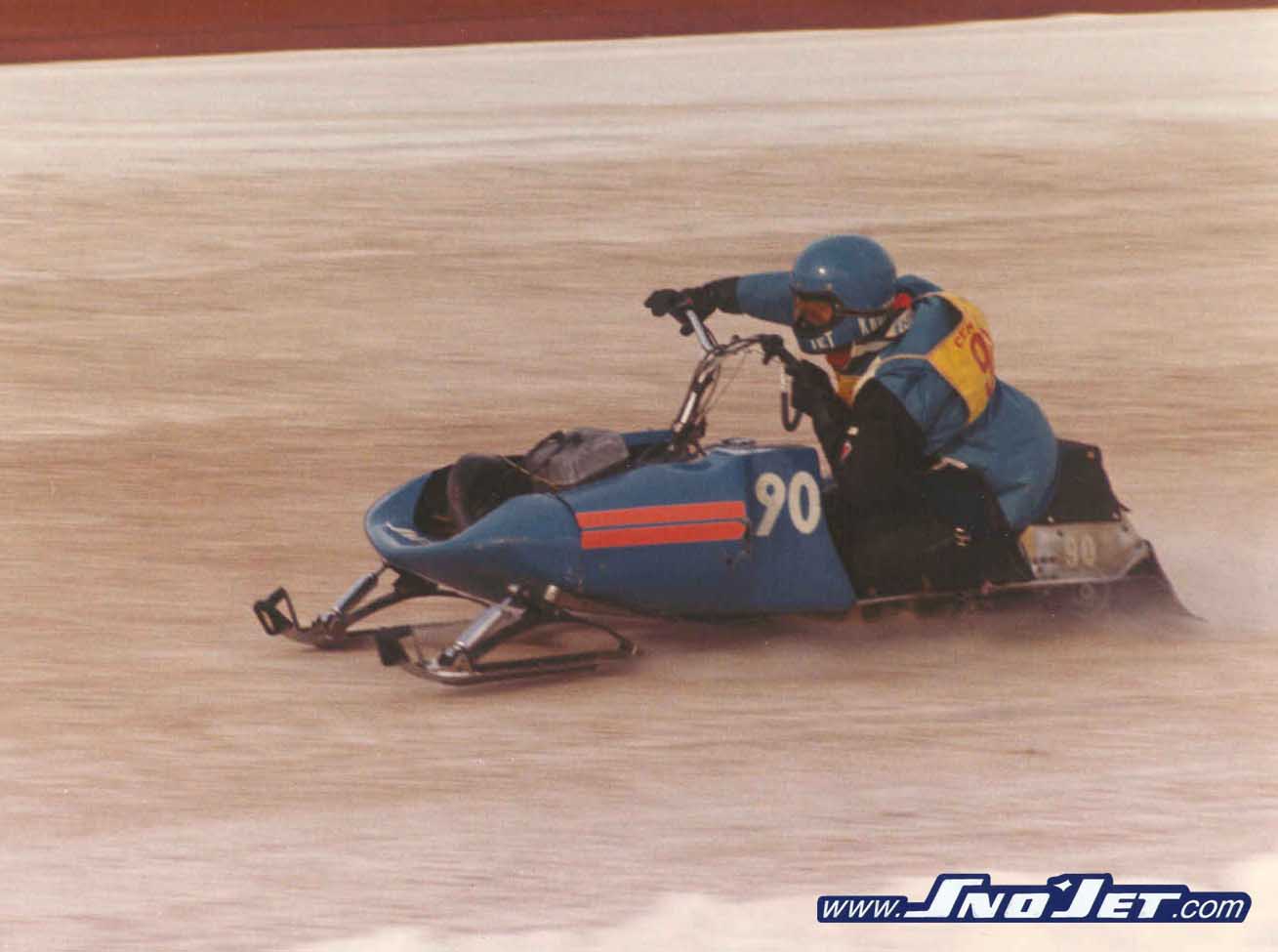 Eagle River for the big race. Fritz won every heat, but finished 4th or 5th in the final because hecould not get a hole shot. Jim Adema was there. The sled had a standard lower end of a 340, but they had ground the insides of newer 340 GYT Kit cylinders and did Heli-arc work to make them fit on the old case to be legal for Mod 2 with Yamaha Pulsed Fuel Injection. Very quick machine and it seldomly lost. The engine had only one flaw. Only one PTO support bearing and those 7 grand clutch engagements did not help. A newer water cooled Yamaha GTX motor was put in later because it was legal for some reason. 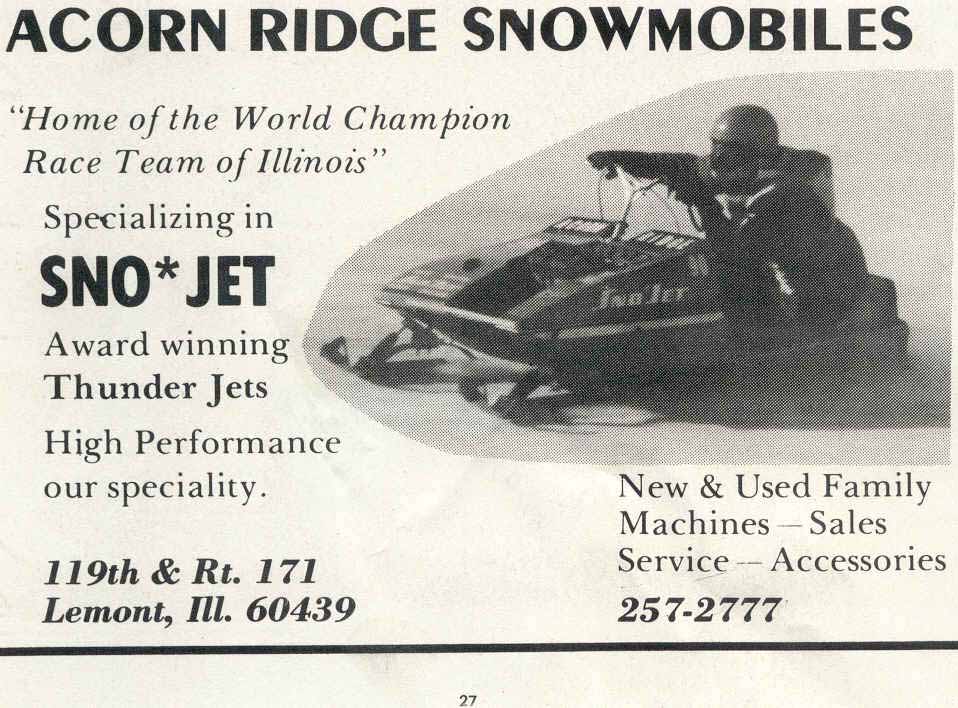 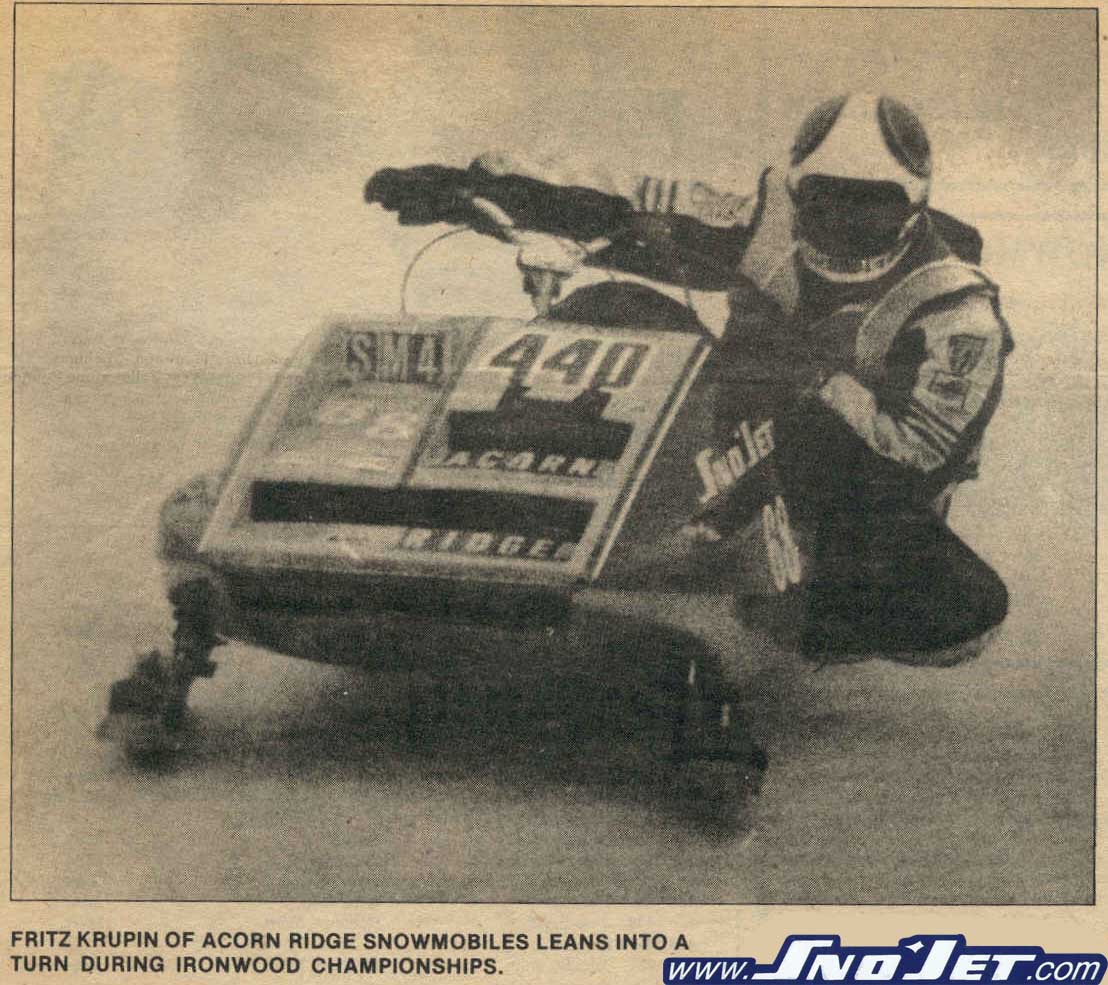 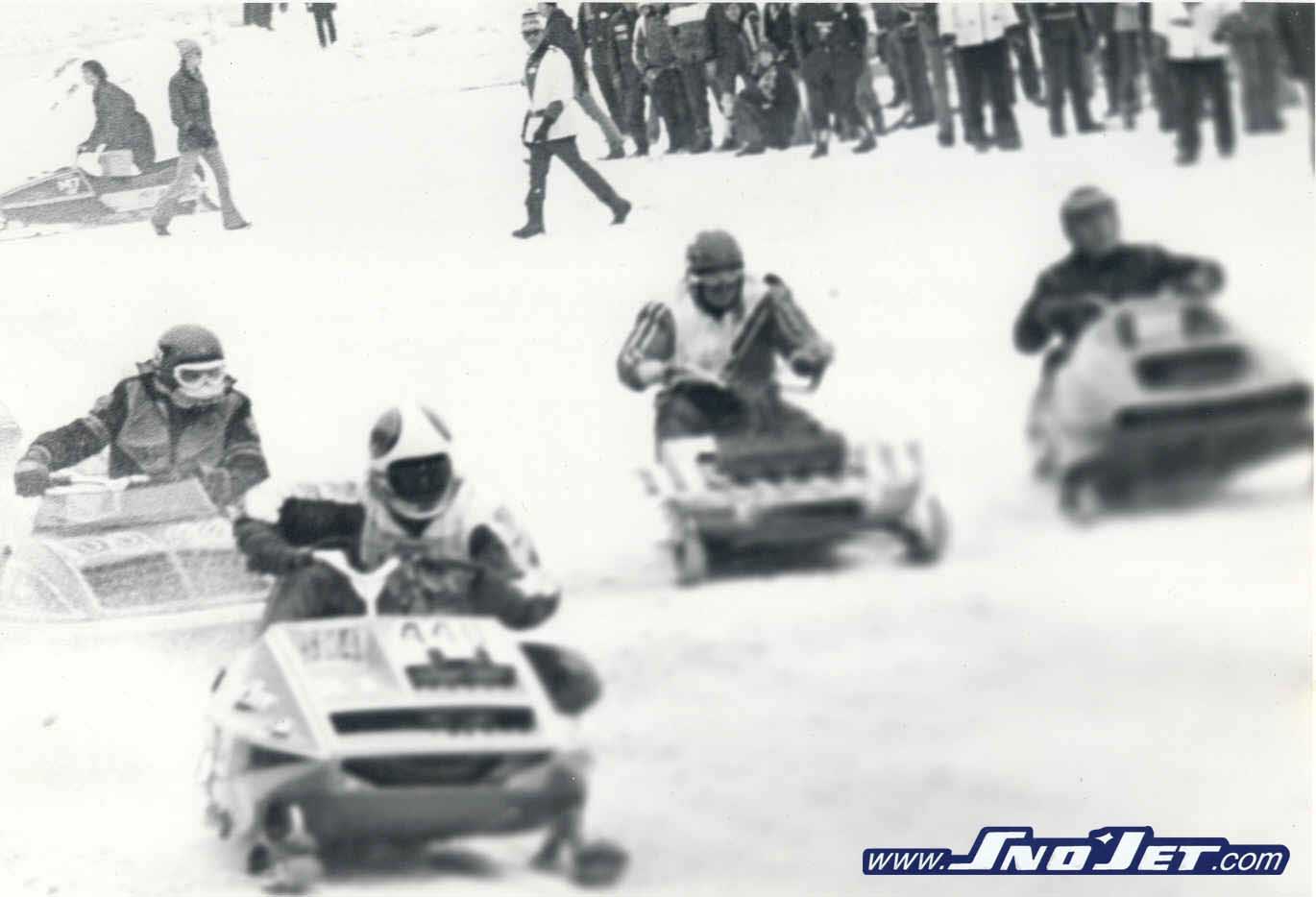 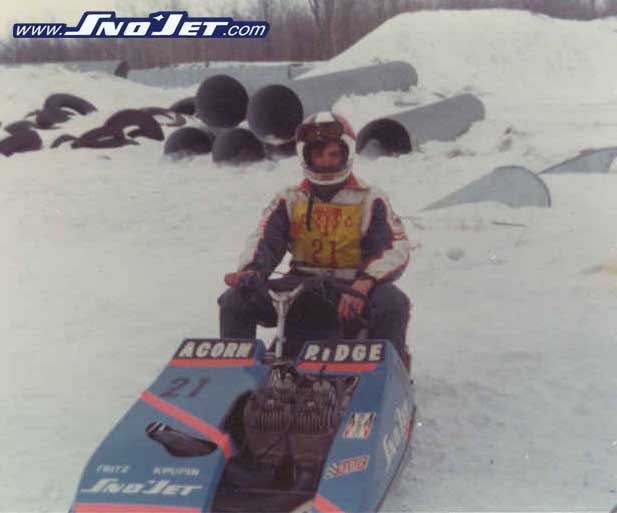 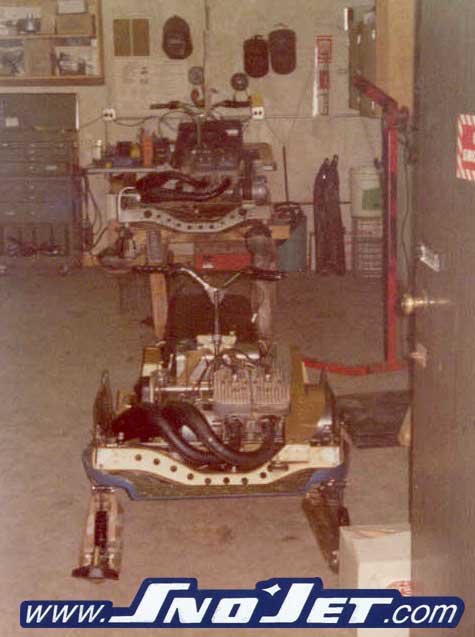 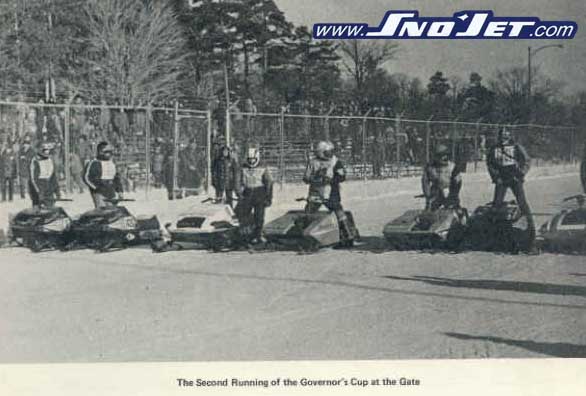 Fritz is third from the right. Lynn Trapp won with the Yamaha 650 and Fritz took second place. Wassau, Wisconsin. 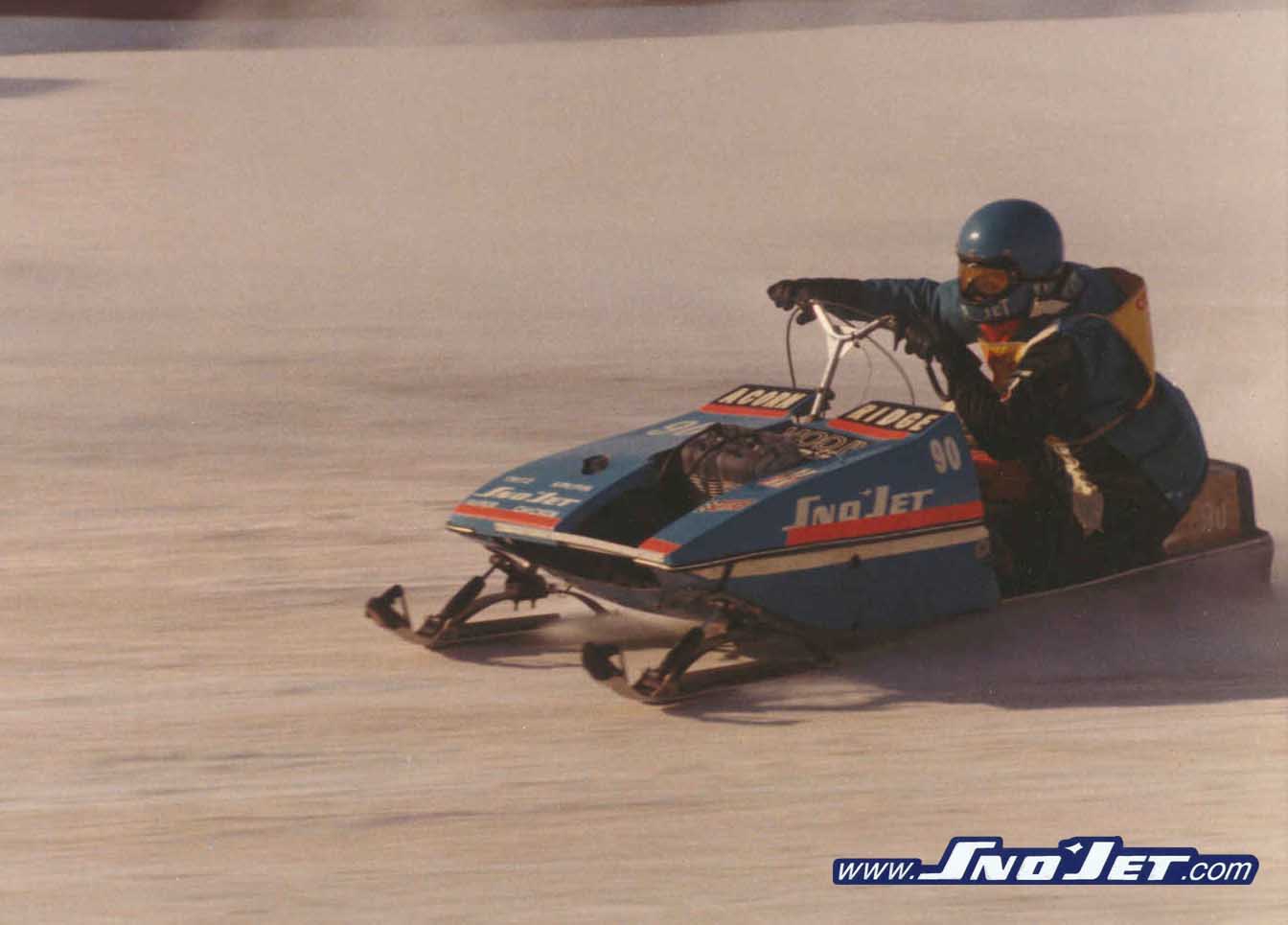 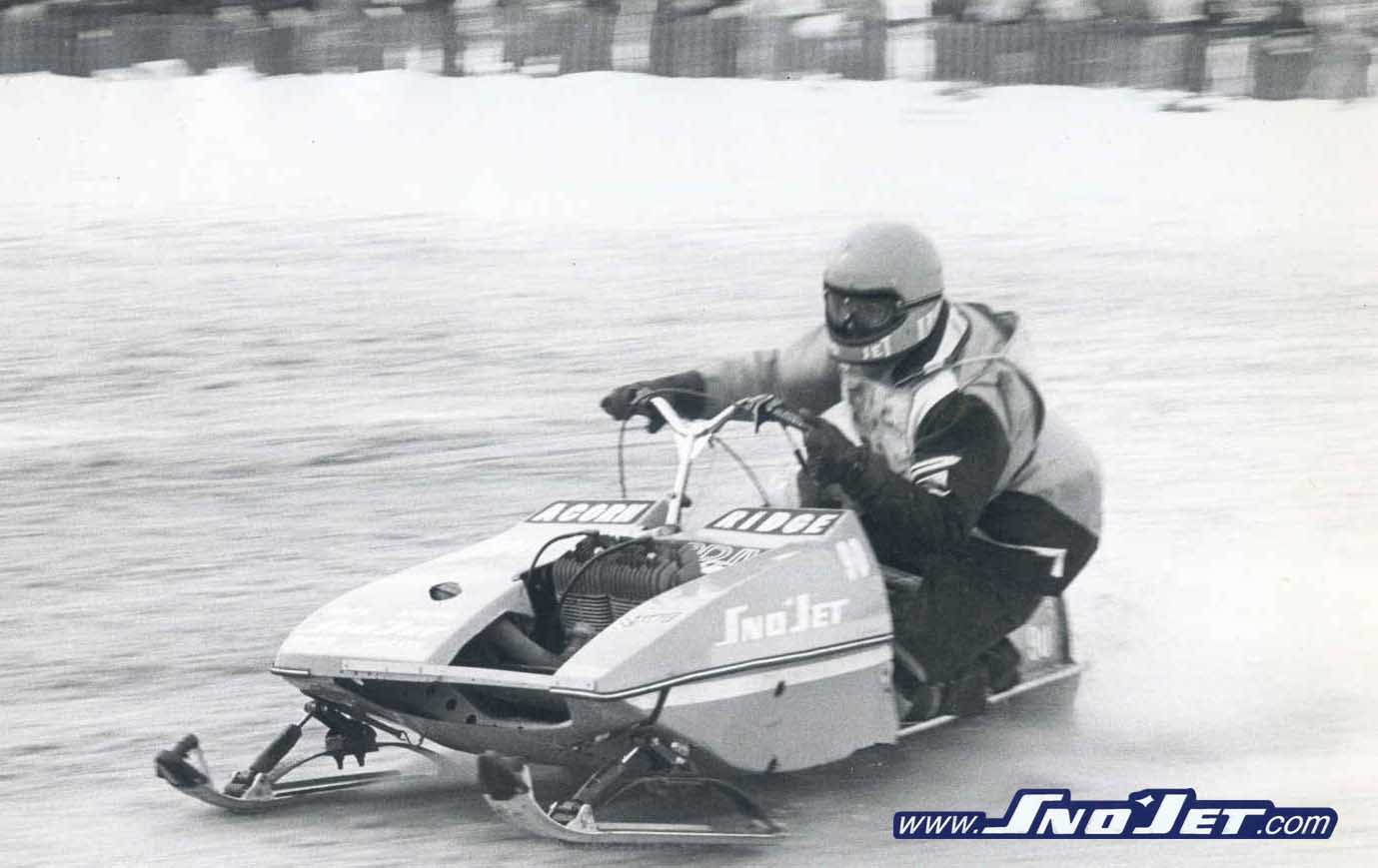 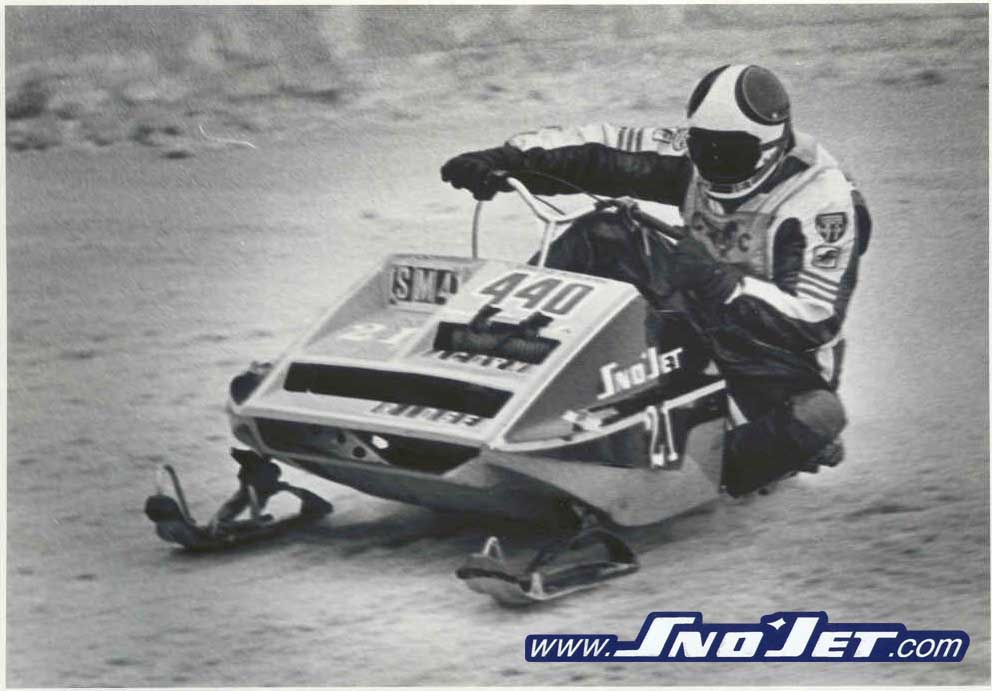 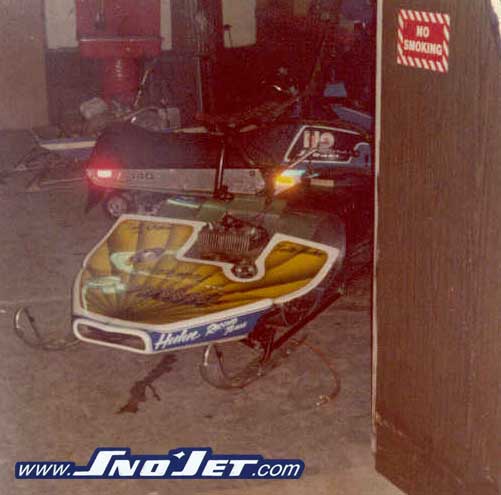 This one started out as a Polaris 290cc and a genius guy named Gordy Rudolph built them. The front end had a independent suspension (way ahead of its time) like modern sleds do with a custom fiberglass cowl (air foil). He also built them for the bigger engines also and did very well at all the big races Ironwood, MI., Milwaukee, and Eagle River etc. He consulted for the Polaris factory team etc. 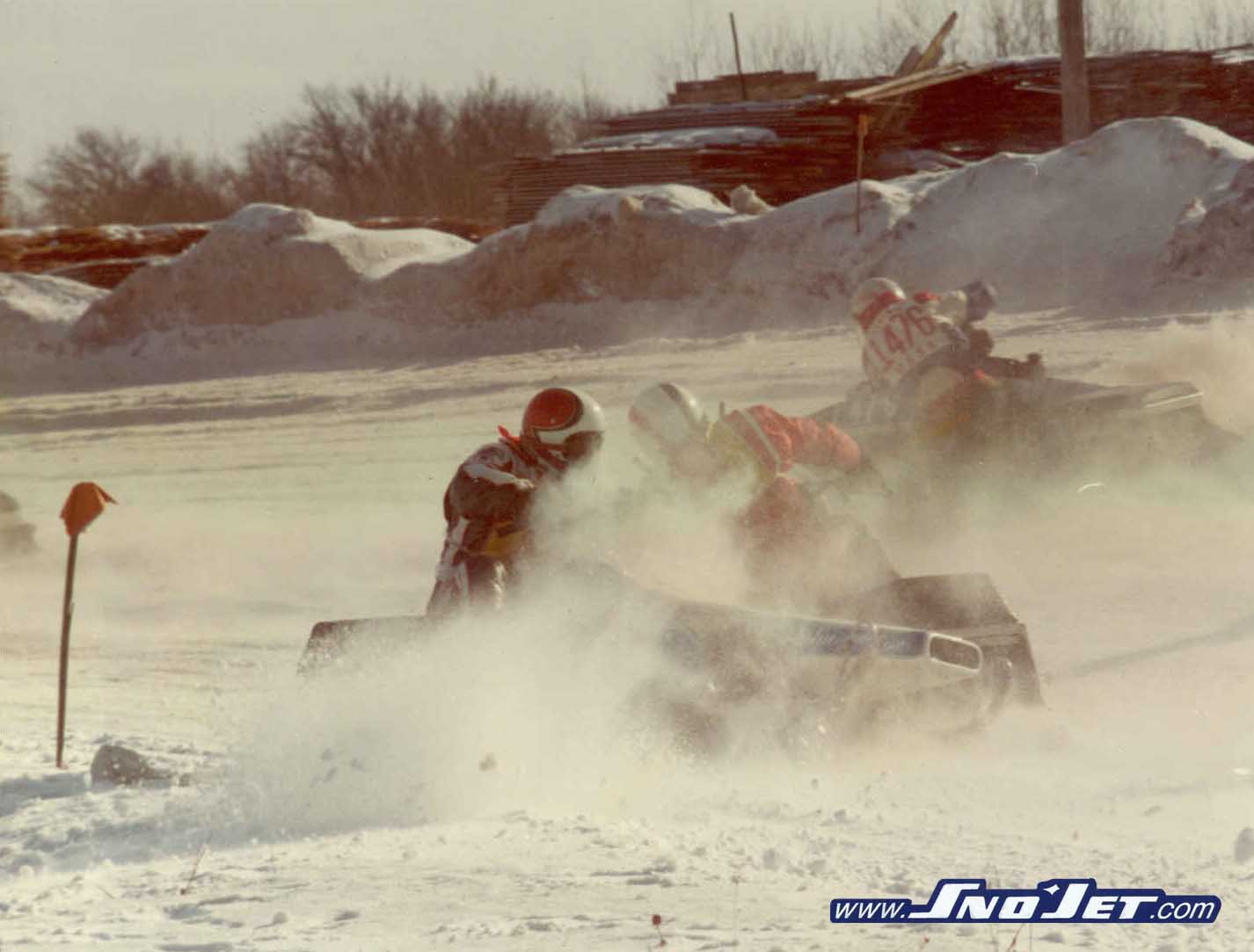 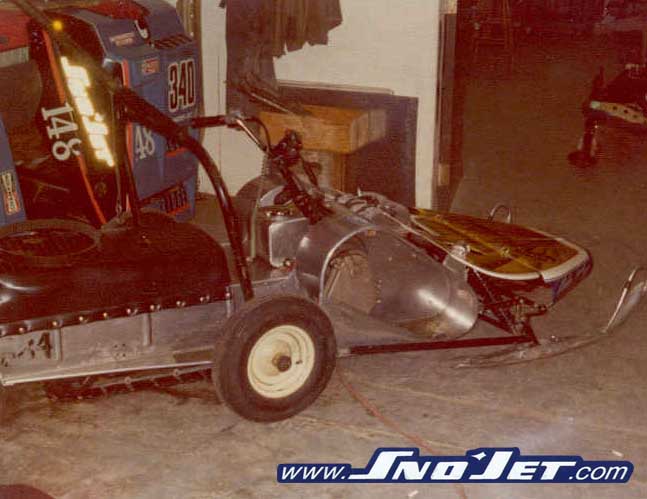