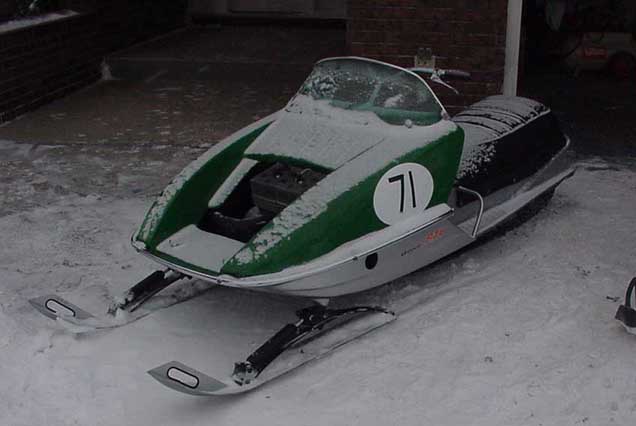 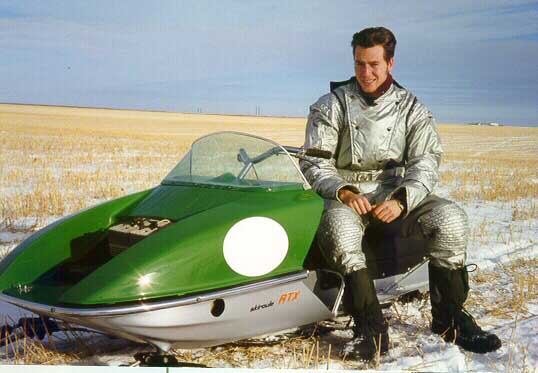 I took the sled out for it's maiden voyage, and what a ride! 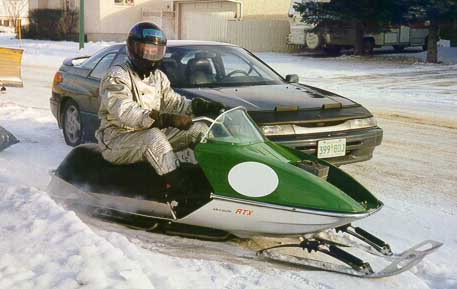 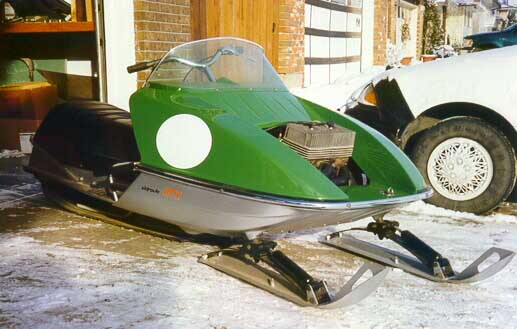 It took me across the field pretty fast, but ended up burning my boot on the stingers. 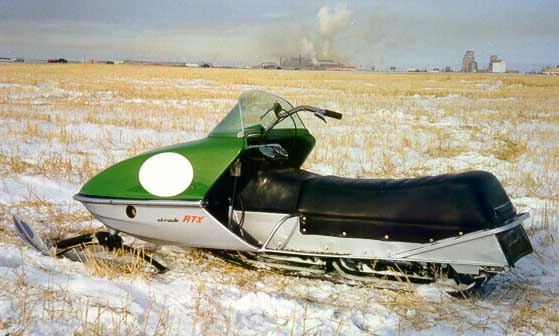 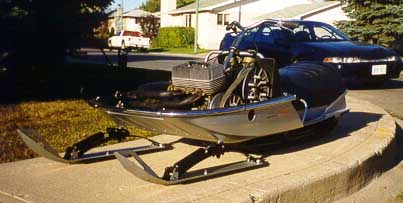 Fresh paint, brand new decals and thats our Subaru SVX in the background. 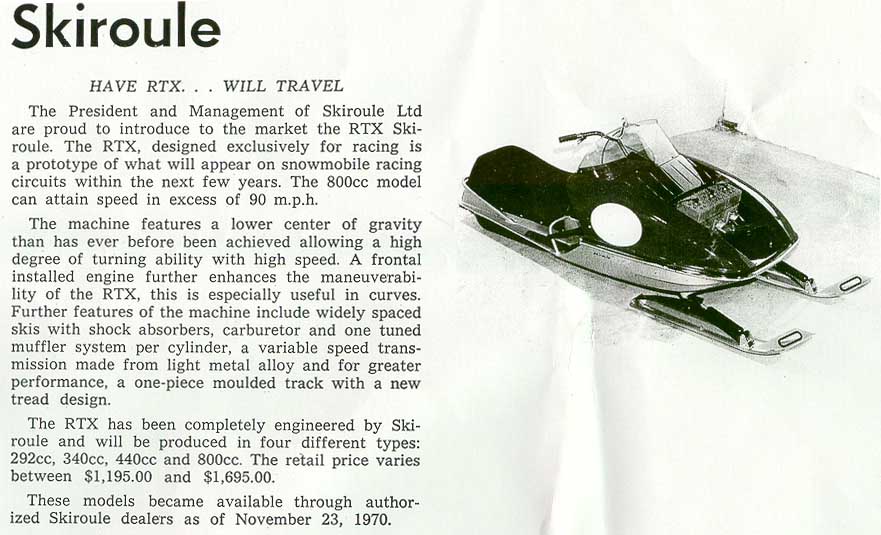 In 1970, the Virden Manitoba Skiroule dealer ordered a factory racing machine by accident. They figured they might as well try to sell it. Being an expensive racer with a fussy engine and no lights, it didn't sell. My uncle went and looked at it everyday. After it had sat for a year, and the season was coming to an end, my uncle made them an offer and took home his brand new racer. He oval raced it and would have done very well, except the factory teams showed up with their brand new racers. He died in 1976 and it was sold to one of his friends, Wayne Thiessen. My dad and I were looking at old pictures one night and found a picture of my uncles racer. We tracked down Wayne and he still had it. It had been sitting in his shed for almost 20 years. Wayne cleaned it all up and got it running and delivered it to me. Thanks Wayne (and thanks Cal for letting me know the whole story)! He are pictures of it new, and below are pictures of it when I picked it up.

Here is my Uncle Larry. He was a good man, I am told I am very like he was and am honored to have his sled. I even have his old Silver Moon factory racing suit. You'll see pictures this winter. 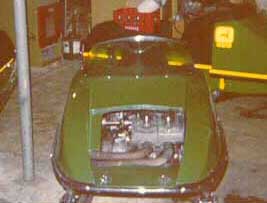 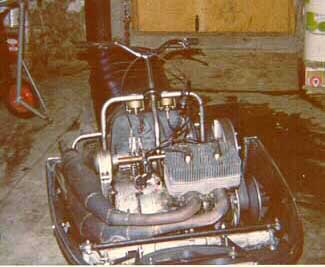 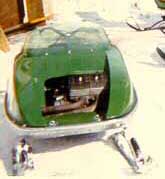 Here it is now 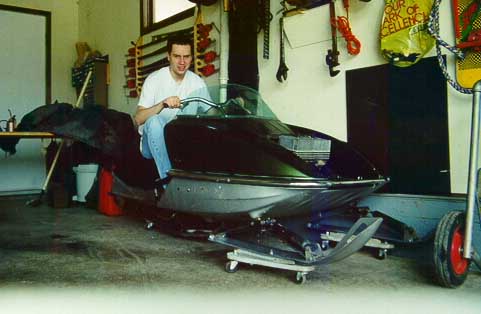 There were only 200 made, and they used 8 different engine, so there are only 25 others with the same engine. 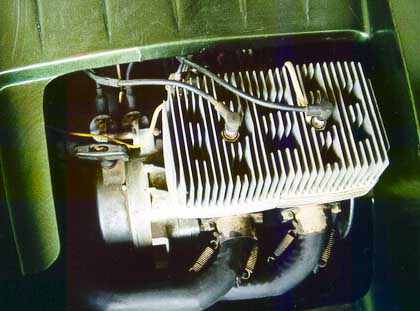 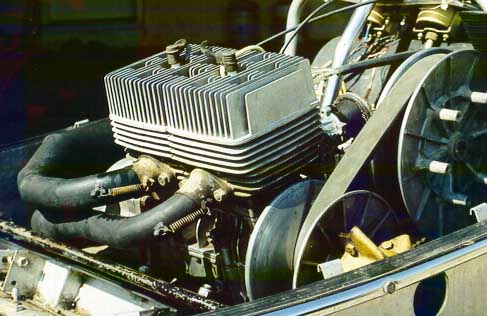 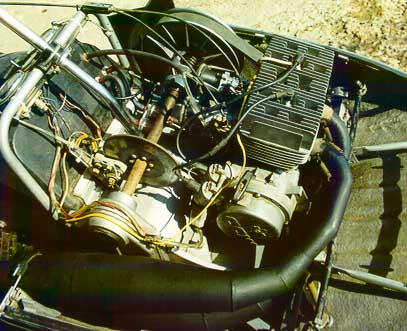 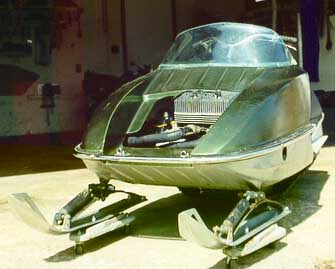 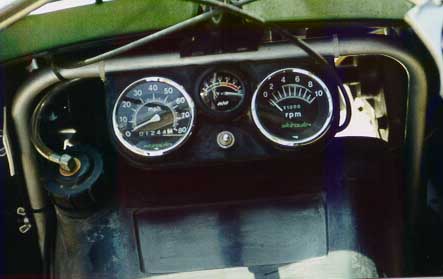 Look at that split rail suspension!