Update 2017: A bit more progress. The tunnel has been painted, the track and bogies are in. The sled is on my workbench, steering assembled. I'll add more photos soon. This is where I'm stuck. I've got an engine ready to go in, except I do not have the correct engine mount nuts. The 1970 was different than all the other Sno-Jets. They used shorter studs which require a special nut. It actually fits inside the engine mount. See the photo below, that's the piece that is supposed to be used. I need all four. Does anyone have any spares? After that, its just a matter of tracking down the exhaust, build the seat, and paint the hood.

Update 2013: Sorry its been a while since I've posted in here. This sled has been on the backburner for a while. To keep everyone up to date, the tunnel is welded up, but needs to be blasted and painted. The welding was a big hurdle for me, glad its done.

The engine is partially assembled, but I need to get back at it. I've also been trying to get the hood all fixed up. If you look at the original pictures, you'll see the original hood was pretty much broken in half. Years ago I repaired that, but the hood is still in pretty rough shape. Lots of cracking. So I ended up using a different GT hood which you'll see below. While it doesn't look to be in that great of shape either, it has a lot less cracking.

If you check out the repairs, I had to completely add a section where the speedometer goes, it was completely cut out. That was the biggest one, but it still required a lot of glass work. Honestly, the hardest part on this hood was getting the old decals off. I used heat and they peeled off without too much trouble. But the sticky residue was terrible. After trying and trying, to get it off I used a citrus solution for removing decals and went at it with a razor blade. I certainly am happy that part is over!

I know I'm still far from being finished, but its nice to see a bit of progress still.


She doesn't look like much now,  but if you look closely at the pictures below,  it really isn't in too bad of shape.  The sled is pretty darn rare to start with, so I will be doing a complete restoration on it.  New paint, seat, re-chroming,  NOS motor,  the works. 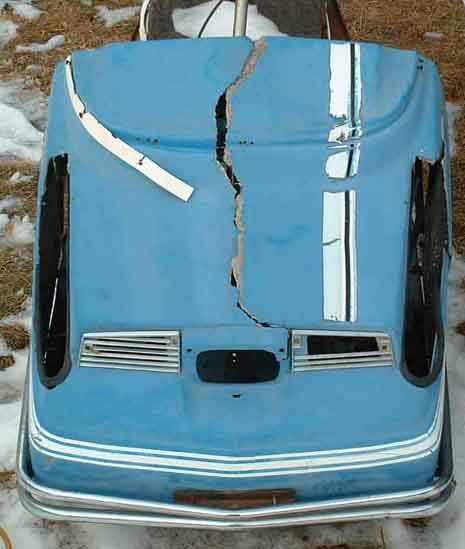 Now there is quite a bit of fiberglass work to be done,  but at least the hood is still in one piece.   Those cut-outs are the real thing! 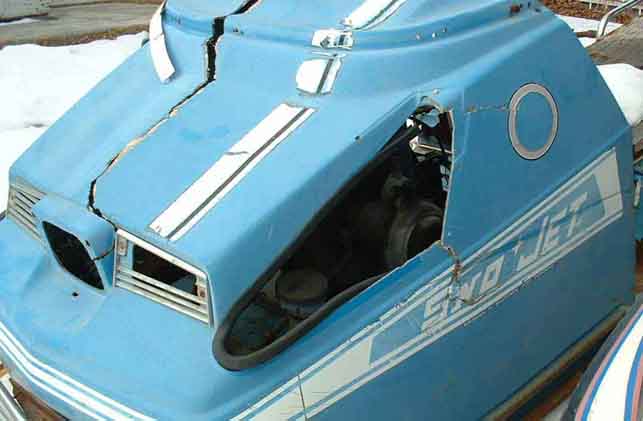 I will be having the decals all reproduced,  but that one circle decal will give me some troubles,  as it has rotted away to nothing.  Also the woodgrain dash stickers will be tricky,  but I believe one or two other models used the same stickers,  so there is still hope. 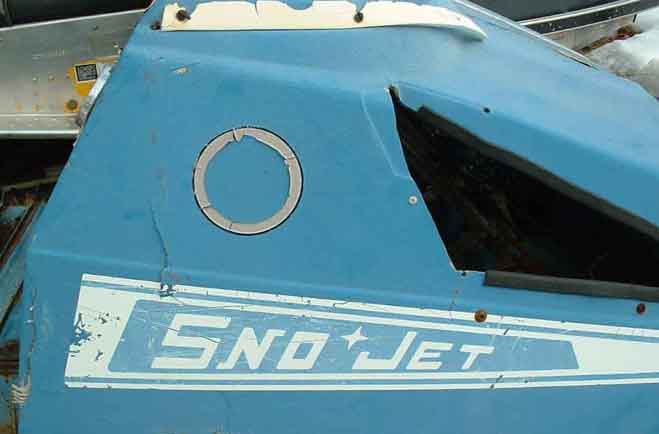 One way to tell if its really a GT is to check the model number,  all GT's went under model #0999. 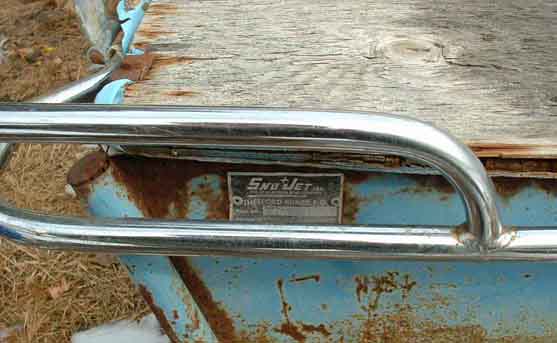 The seat has basically rotted away to nothing,  but the shape of the board and tool box is still there.  I've got all the pieces, just need to get it together. 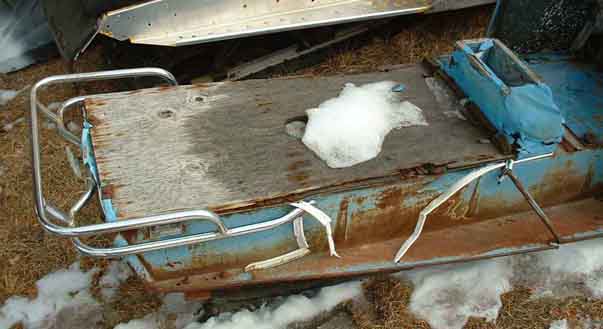 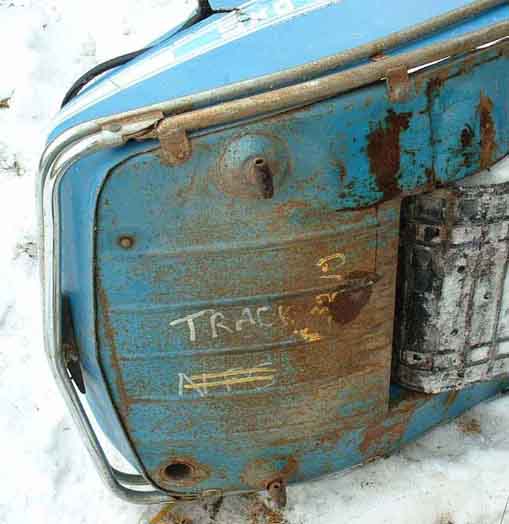 The tunnel is surprisingly straight,  no dings in the belly pan,  just two little spots on each side of the running boards that will need a bit of a welding job. 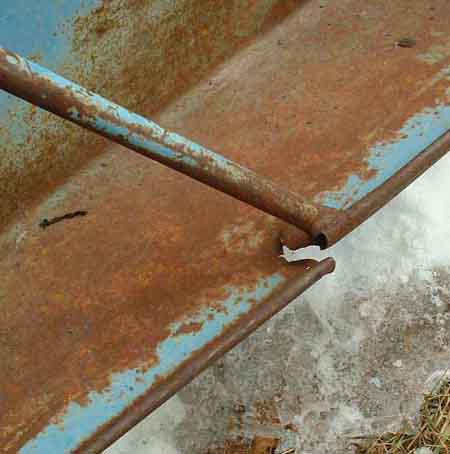 Another note,  two tell the difference between the GT1 and GT2 look at the chain case.  With the GT1 the chain case is mounted flush to the tunnel,  where on the GT2 there was a bracket and the chain case stuck out a bit more so the big twin motors could fit under the steering. 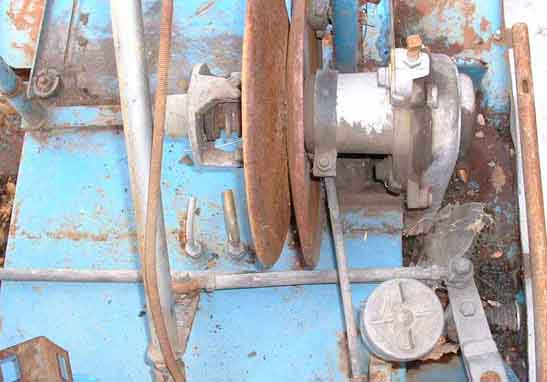