The F/A stood for Free Air. Higher performance, lighter weight... but no fan or radiator for cooling. The engine stuck up thru the fibreglass to get cool air to the fins on the cylinders and heads. This was Peter's favorite production model.

At Sno-Jet, we got to bring sleds home for the weekend. These could be Ski-Doos, Polaris', Arctic Cats, etc., or recent production Sno-Jets for evaluation purposes. The R & D team got to sign out the ones they wanted; and in return, would fill out an evaluation sheet describing their likes and dislikes, under varying conditions. They were asked to objectively compare Sno-Jets to equivalent competitor's models... and vice versa.

A rumour on the development of the SST F/A:

A couple of the clay modelers were sculpting the clay for the SST F/A... and realized it was starting to look a little like a 'toilet bowl'! It was one shape: with no engine sticking up thru the fibreglass, no decals, no windshield, etc. After seeing the renderings of the final version, they knew the public would never see the 'toilet reference' in the final. Nevertheless, once someone in the studio brought the 'toilet bowl' allusion to their attention... it was hard not to see it. The headlight was designed to sit in it's own module atop the cowl. This headlight nacelle was created in clay, molded as a plaster female, and then laid up in fibreglass. Once we had this as a hollow FRP part, wanting to see what it looked like as it sat on the clay. They put it in place, it became obvious that this hollow shape was just the right size to house a roll of toilet paper... to complete the toilet bowl reference!

They immediately put a roll of toilet paper in the nacelle, with some of the T.P. hanging down from the roll! This led to someone quickly cutting out a 'toilet seat' from white poster board we used for templates, and taping it in place. The clay used for this work was standard automotive clay... a medium brown color. This, of course, left itself open to someone else creating some life-size 'turds' in clay... and placing them in to the bottom of the 'toilet bowl'.

Just as they had completed this little joke to themselves, the stylist who designed this cowl had pulled into the parking lot. No time to tear it down before he reached the door. So, they all scattered to their our own corners of the studio... to watch his reaction from the corner of their eyes. (NOTE: they all knew his sense of humor was not going to cover the 3rd grade joke!!) Anyway, he walked in the door and headed straight for his office. As he was approaching the clay model to his left... out of the corner of HIS eye, he apparently picked up some 'white' on a model that was all brown yesterday. He came to a quick stop... turned his eyes, but not his head, to see what was 'wrong with this picture'. He only looked for half a second before turning around, did not say a word, and walked back out the door, and drove away!!

He returned the next morning to a bare brown clay shape... not a word was ever exchanged between modelers and designer, about this incident! End of story.

So the SST was designed to be liquid cooled?? How come they never went along with it??

I'm probably not the best guy to answer the really technical questions... I did all the drafting on the '73 and '74 Thunder Jets, but by the time the '75's were on the board, I was working in Styling (Thunder Jets, Phantoms, SSTs, and Whisper Jets), plus, it's been 25+years now. I seem to remember that the SSTs were intended to offer free air AND water cooled at some point. The styling studies we played with at that time were also exploring Whisper Jets... which were to possily have their own look?, or Whisper Jets that were visually derivative from SST styling? So some of those proposals could have ended up as SSTs or Whispers. The initial water-cooled units may have been aimed at Whispers first, and SSTs next? I do remember us playing with several ways to deal with water cooling the Phantom (running the water thru the front bumper tube, and several different ways to place or disguise or hide the radiator), so it would become a non-element in the styling.

Whatever happened to all of the R & D Stuff, did kawi take it over, or are there a few prototypes and that kind of stuff kicking around somewhere??

I bailed out to hitch hike to Costa Rica just a few months before Kawi took over (the writing was on the wall by then, and I knew I would have lost all the vacation time that I had built up if I waited till the very end). When Kawi took over, most everything got moved to Nebraska. I dont know if they took all the clay models, as they are quite fragile. Kawi offered to bring many folks along to Nebraska, but if you know your geography... that would be like asking someone from the mountains of Calgary to move to Saskatchewan! Harland Lipker was the only one I know that went, but he grew up in Nebraska. 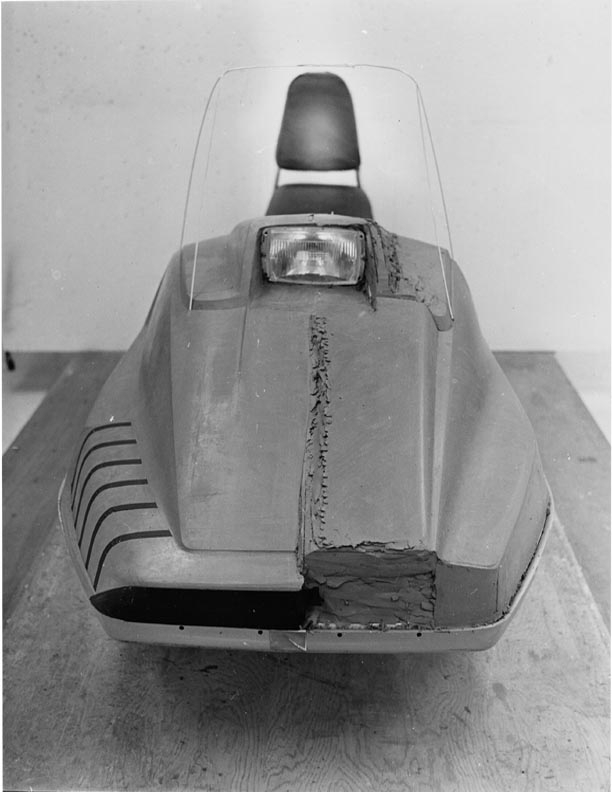 Here is a photo of one of the last clay mock-ups before Kawasaki took over. 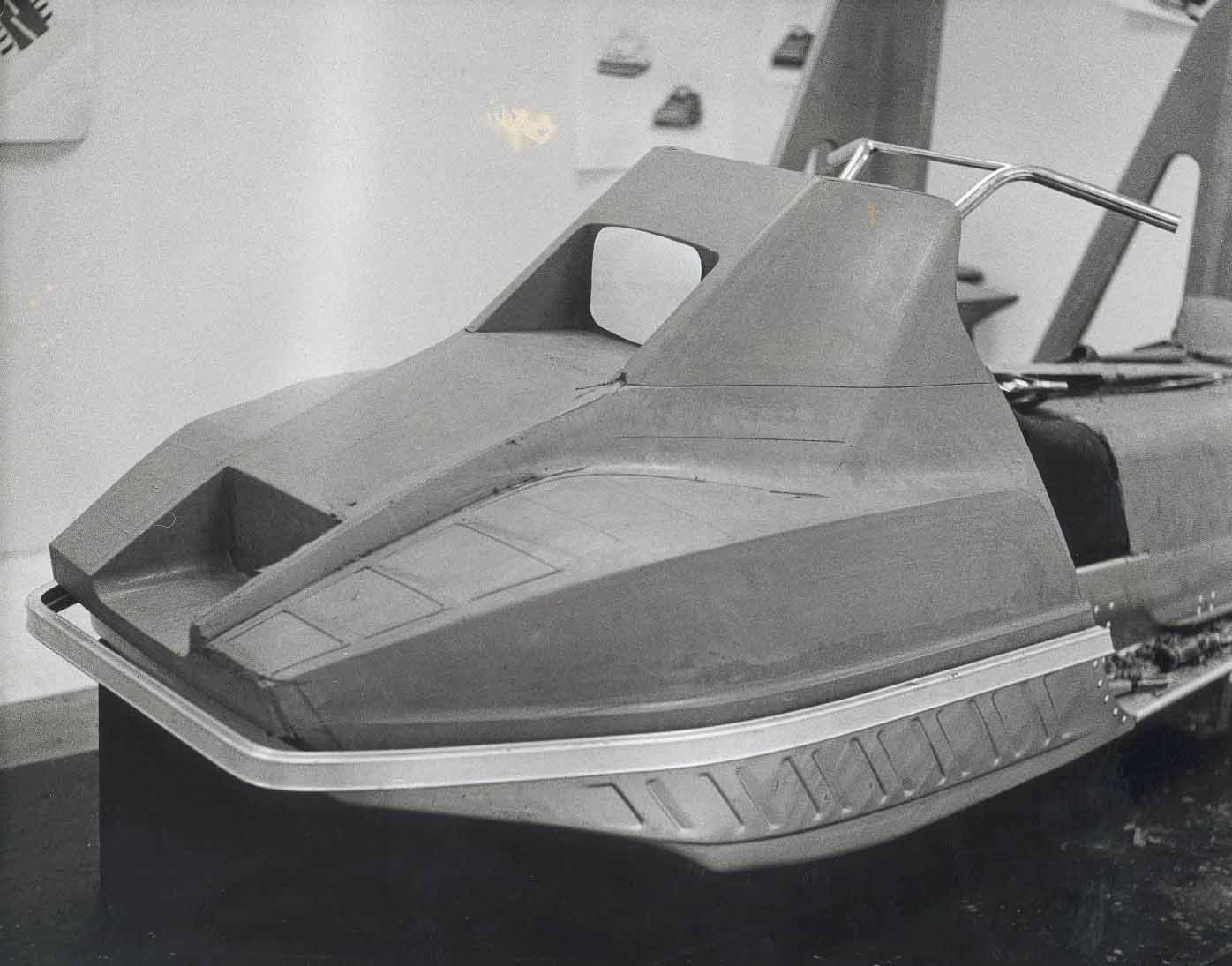 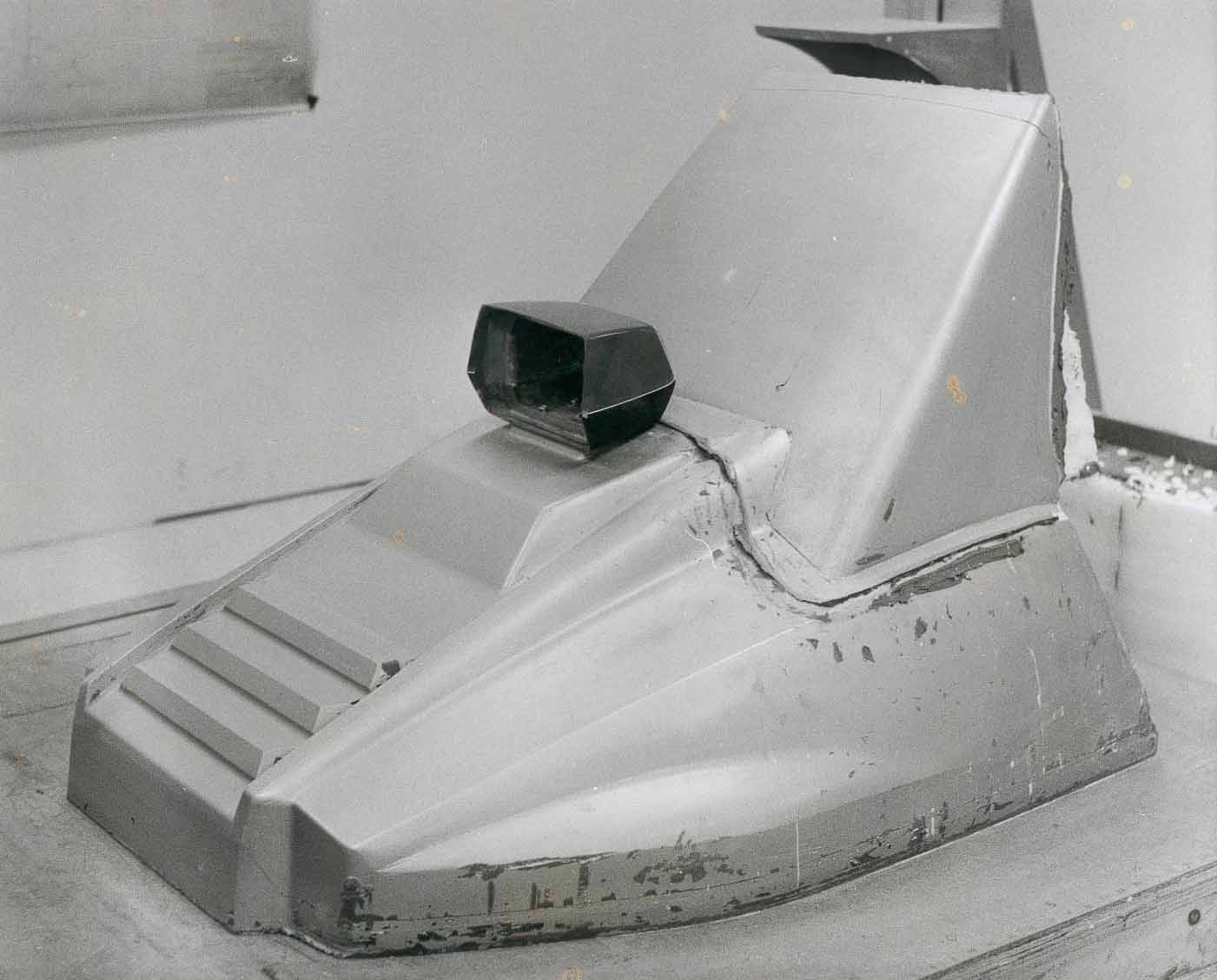 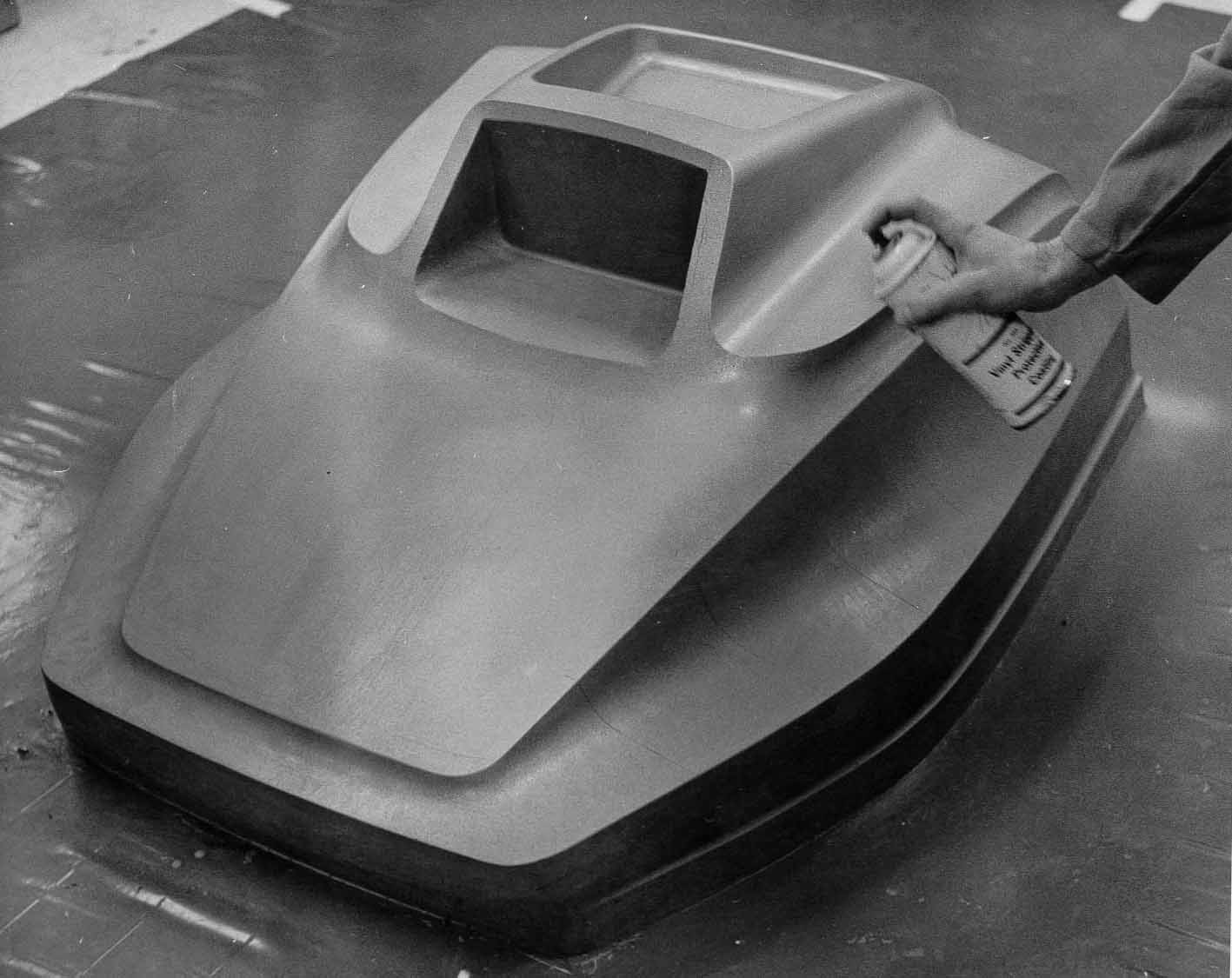 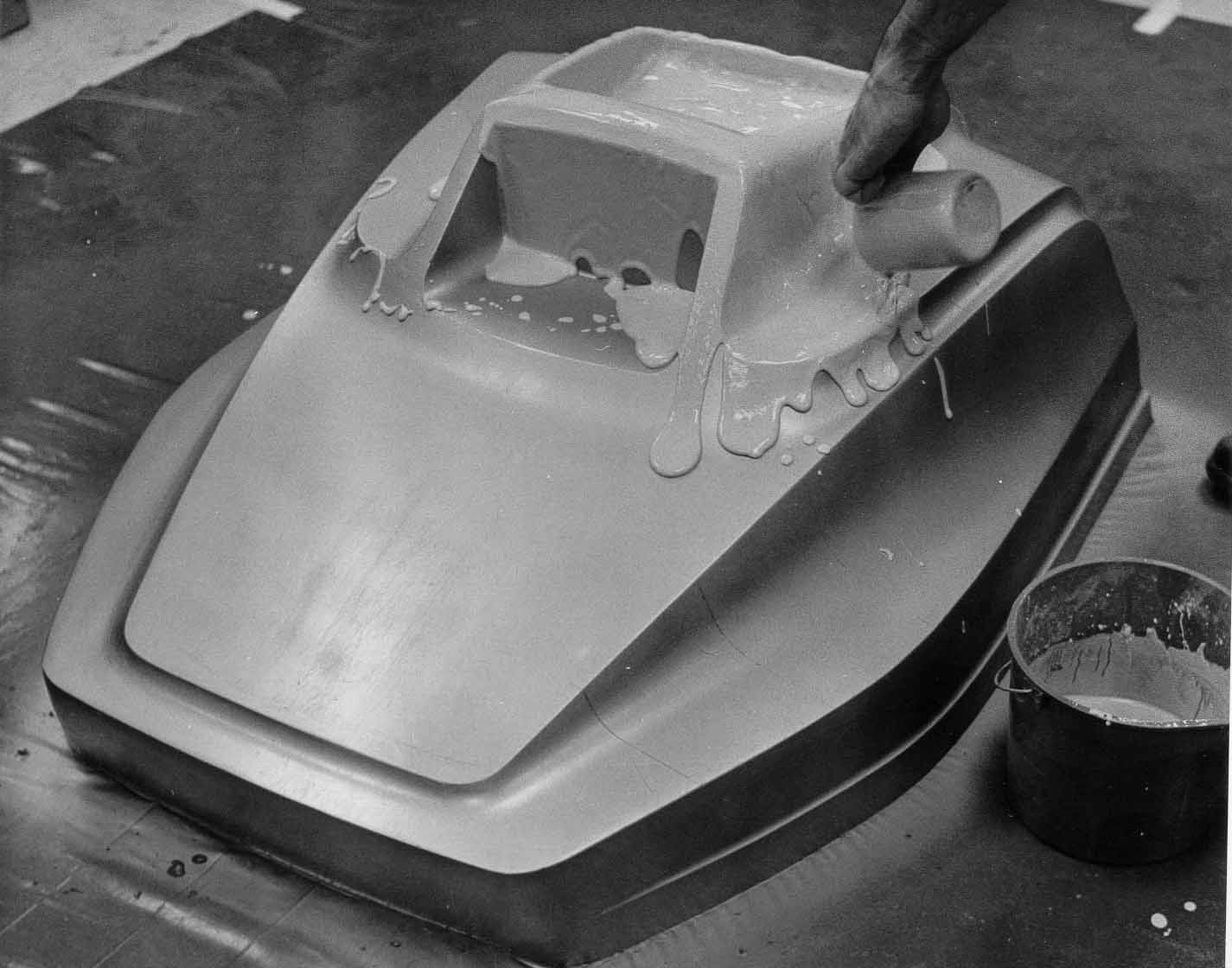 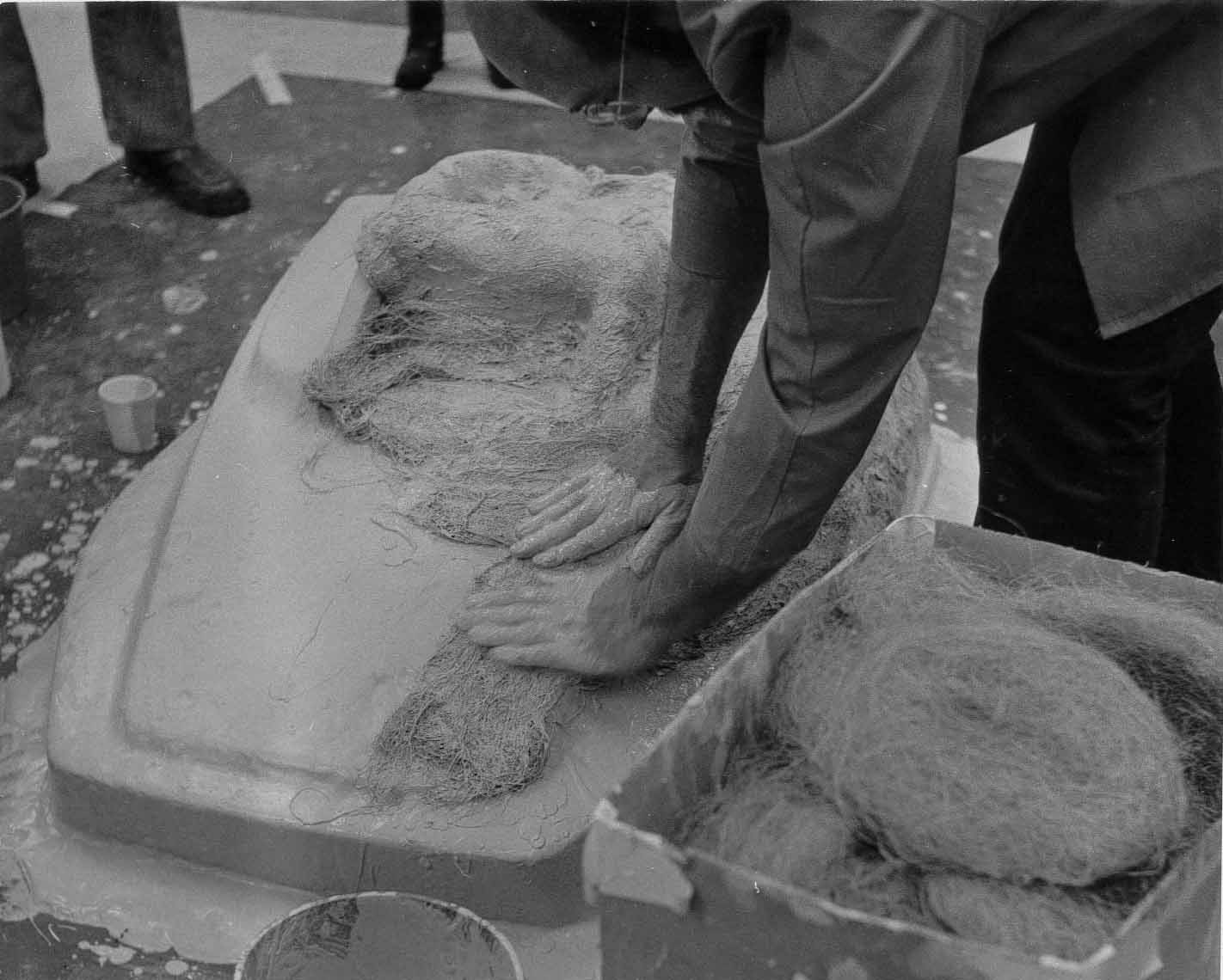 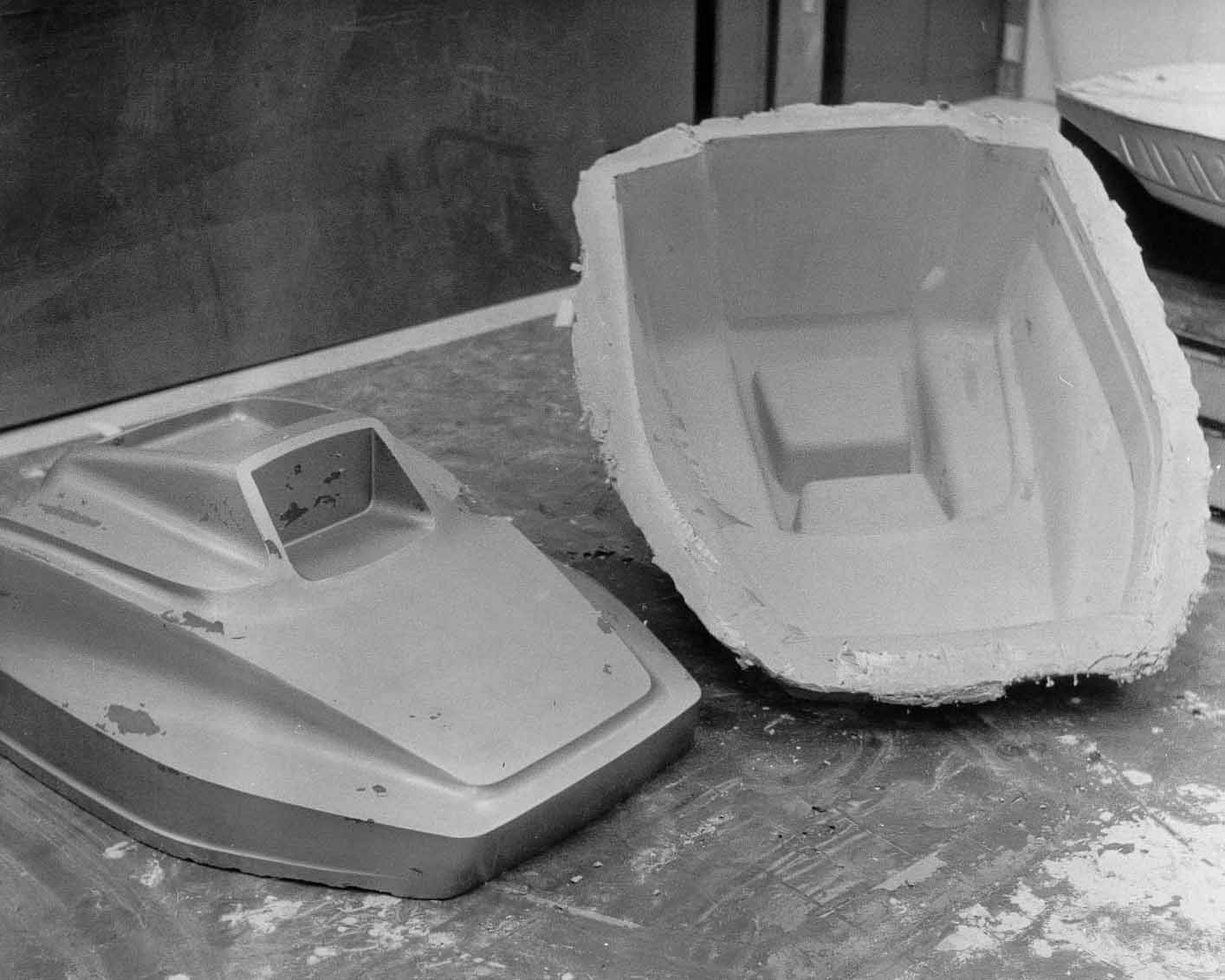 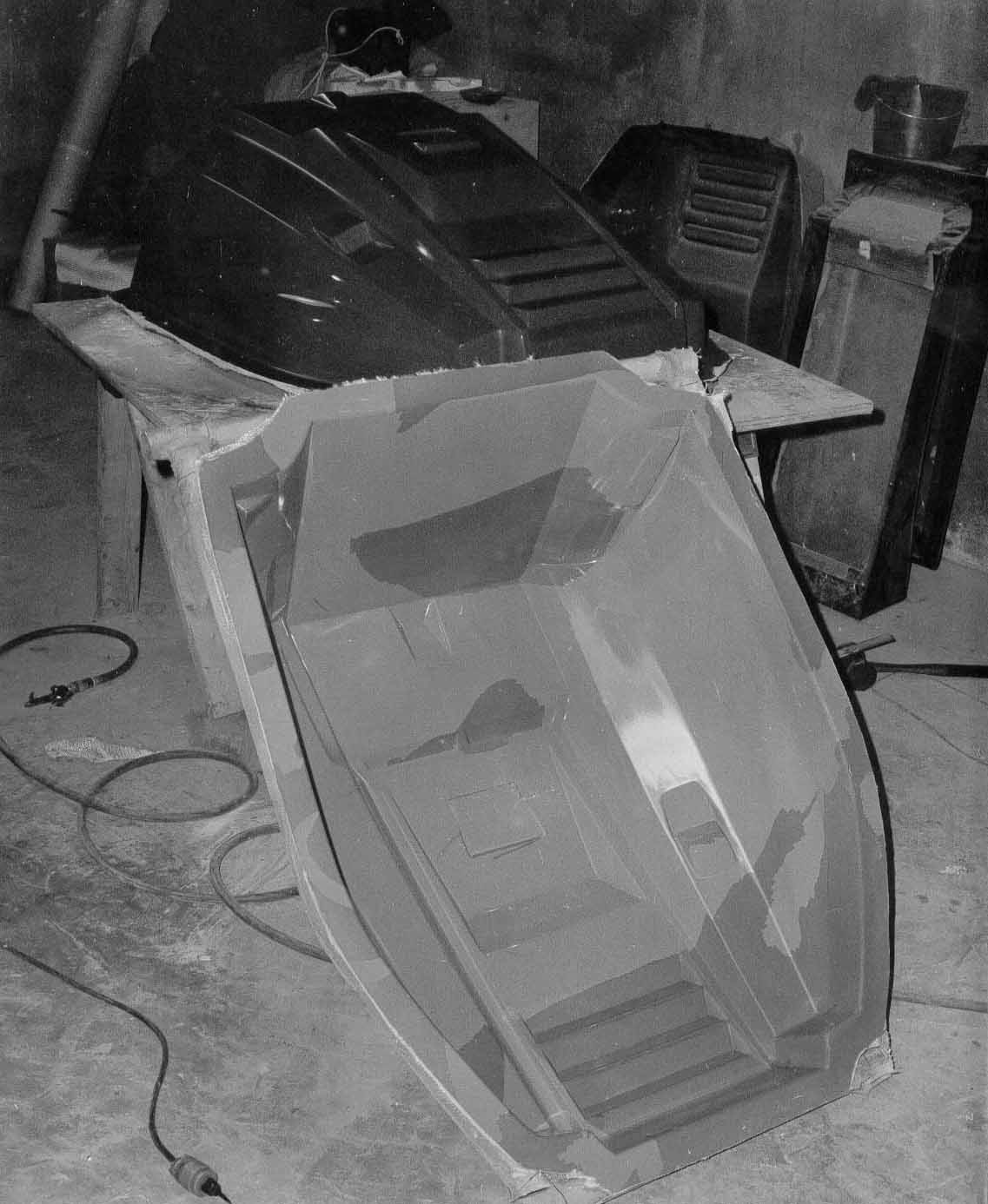